To share your memory on the wall of Betty Chandler, sign in using one of the following options:

Provide comfort for the family of Betty Chandler with a meaningful gesture of sympathy.

Betty was a wonderful person with many friends. She was greatly loved and will be greatly missed. She is survived by her loving husband, William G. Chandler; daughters, Kathryn Frost and husband Gary Owens of Fort Worth, Anita and husband David Davis of Arlington, and Beverly Sisemore of Arlington; step-children, Dianne R. Chandler of Fort Pierce, Florida, Dewayne Chandler of Pampa, Texas, Denise Morales of French Settlement, Louisiana, Beth Chandler of Granbury; and her sister, Mary Lou McBride of Garland, Texas. Betty had 17 grandchildren, 21 great-grandchildren, and 9 great great grandchildren. She was preceded in death by her parents; first husband, Bobby Gene Frost; brother-in-law, George McBride; and son-in-law, Ray Sisemore.

Betty Jane married Bobby Gene Frost (son of Jess and Wren Frost, of Jones, OK) December 22, 1951. Bob Frost was career military and after his 1970 death in Viet Nam she returned to college at Tarleton State University where she received both a BBA in accounting and a MBA degree. At Tarleton, she met her second husband, Bill Chandler who was a professor. They married May 17, 1975. After their marriage they lived in Granbury, TX before moving to Stephenville, TX in 1980. Betty was a C.P.A., and taught accounting at Tarleton before opening her accounting firm in Stephenville. Betty was very involved in her church where she was a member of the choir, and was in many other church, social, and civic organizations.

The Chandler family wishes expressions of sympathy be made in the form of donations to the First United Methodist Church.
Read Less

Provide comfort for the family by sending flowers

We encourage you to share your most beloved memories of Betty here, so that the family and other loved ones can always see it. You can upload cherished photographs, or share your favorite stories, and can even comment on those shared by others.

Posted Feb 06, 2019 at 10:10pm
Our sincere condolences on Aunt Betty's passing. She was always so gracious and kind to us when we visited Texas. Thinking of you all.

Posted Feb 06, 2019 at 09:10pm
Our condolences to the Chandler, Sisemore and Rusher Family. May God's love comfort you during these times.

Posted Feb 06, 2019 at 09:39am
Deepest Sympathies from the staff of OFSS-OGB Invoicing/cash management.

Flowers were purchased for the family of Betty Chandler. Send Flowers 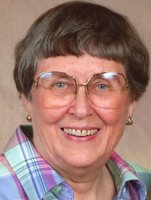