To share your memory on the wall of Charles Woolsey, sign in using one of the following options:

Charles was born on October 16, 1950 in Comanche, Texas to the late Albert Daniel Loyd and Alma Woolsey. He married Janie Sanchez in 1981 in Hamilton. Charles was an honored Army Veteran, worked in construction, and was a long-time resident of Stephenville.

To send flowers to the family or plant a tree in memory of Charles Arthur Woolsey, please visit our Heartfelt Sympathies Store.

Receive notifications about information and event scheduling for Charles

We encourage you to share your most beloved memories of Charles here, so that the family and other loved ones can always see it. You can upload cherished photographs, or share your favorite stories, and can even comment on those shared by others.

Posted Mar 19, 2019 at 11:43pm
I didn't find out about your journey to Heaven until today, when I went up to the Center. We'll miss you, Cowboy, we'll miss all your tall tales and jokes and seeing you play cards. I bet you crossed that River Jordan with St. Peter on the other side saying "Good ride, Cowboy, good ride."
Comment Share
Share via:
ST

Posted Mar 09, 2019 at 09:01pm
Janie and the family... just want you to know we love you all. So sorry for your loss. Charles was a funny man.. he always made me laugh. I feel like I have known him my whole life.. but it has only been like 44 years or so. LOL.. Tons of love, hugs and prayers for you all.. Love Bill and Stormy (Pam) Tichinel
Comment Share
Share via: 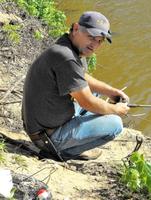