To share your memory on the wall of David Watkins, sign in using one of the following options:

Provide comfort for the family of David Watkins with a meaningful gesture of sympathy.

David Wayne Watkins, 66, of Stephenville, passed away on Monday, January 28, 2019 in Stephenville.

Funeral services will be held at 11:00 AM Saturday, February 2nd at First United Methodist Church with Howard Martin officiating. Burial will follow at Erath Gardens of Memory. Under direction of Stephenville Funeral Home.

David was born on January 14, 1953 in Gatesville to the late Malcolm Ernest ‘Mike’ and Dorothy McAnelly Watkins. He graduated from Stephenville High School in 1971, and went on the play football for the Red Raiders at Texas Tech, receiving his bachelor’s degree in 1976. While at Texas Tech, David served a two year term as President of the Phi Delta Fraternity. At the age of 30 David joined the U. S. Marine Corps., and after he served his tour of duty, he became a member of the U. S. Army reserves. David spent 5 years in Dallas in the real estate business, and he also worked for his brother as a manager for Snuffers Restaurant. He co-owned Montana restaurant in Stephenville for the past 28 years. He was a member of the Stephenville Masonic Lodge #267, and a member of the Presbyterian Church. David lived most of his life in Stephenville. He was an avid golfer, fisherman, and loved to hunt alligator with his best friend Pat Black.

Provide comfort for the family by sending flowers

We encourage you to share your most beloved memories of David here, so that the family and other loved ones can always see it. You can upload cherished photographs, or share your favorite stories, and can even comment on those shared by others.

Stephanie Gunn-Garcia, Thomas Tuck, and others have sent flowers to the family of David Wayne Watkins.
Show you care by sending flowers

Posted Feb 02, 2019 at 09:22am
Thinking of you all today and praying God comforts you with his love. Our Deepest Sympathies, Jesse, Jonah & Steph Gunn-Garcia

Posted Feb 01, 2019 at 07:21pm
I have know the whole Watkins family since I was a child. David, you will be missed. You always had such a kind heart. May you rest in peace my dear friend.
Comment Share
Share via:
GB

Posted Feb 01, 2019 at 11:14am
Heartfelt sympathy to the family of David. We have been blessed to have known the entire Watkins family since the early sixties. Many happy memories.
James & Gerry Beaver
Comment Share
Share via:
NN

Posted Feb 01, 2019 at 12:23am
My heart is sadden to learn of your loss of David. May God place his loving arms around you and give you comfort and peace at this time and the days ahead.

Posted Jan 30, 2019 at 09:33am
On behalf of American Legion Post 240 in Stephenville, I express our condolences to the family and friends of David. He was a 24 year Life member of The American Legion and will be missed. Our Legionniare comrade has been called to Post Everlasting and now stands before the Commander of all creation. R.I.P. Marine and Thank you for your service! Semper Fi 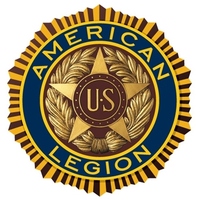 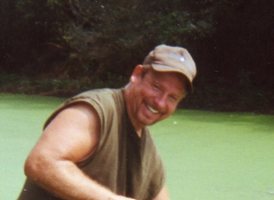