To share your memory on the wall of Dr. John Zieglschmid, sign in using one of the following options:

Provide comfort for the family by sending flowers or planting a tree in memory of Dr. John Zieglschmid

Provide comfort for the family by sending flowers or planting a tree in memory of Dr. John Zieglschmid

A Funeral Mass will be held at 10:00 AM Saturday, April 6th at St. Brendan’s Catholic Church. Services are under direction of Stephenville Funeral Home.

Dr. John F. Zieglschmid was a first generation German-American born June 18, 1933 in Evanston, Illinois to Dr. Johannes Zieglschmid and Mathilde Schreiner. He attended Northwestern University and later received his medical diploma from Loyola University’s Stritch School of Medicine. As a Public Health intern at Mercy Hospital in Baltimore, he met the love of his life, a beautiful red-haired nurse, Eileen Shanahan.

After serving as deputy chief medical officer for 2 years in the United States Coast Guard, John did a residency in Aerospace Medicine at the Ohio State University. In 1964, he moved his family to Houston, Texas to work as a Chief Resident in Aerospace Medicine at NASA. He worked for NASA his entire medical career. One of the most notable moments in John’s career occurred during Apollo 7 when he prescribed the first medication used in space. He was a man of many varied interests which including flying, hunting and meteorology, but his true passion was for ranching.

In lieu of flowers, please consider donations to the American Heart Association, Alzheimer’s Research Foundation, or another charity of your choice.
Read Less

To send flowers to the family or plant a tree in memory of Dr. John Zieglschmid, please visit our Heartfelt Sympathies Store.

Receive notifications about information and event scheduling for Dr. John

We encourage you to share your most beloved memories of Dr. John here, so that the family and other loved ones can always see it. You can upload cherished photographs, or share your favorite stories, and can even comment on those shared by others.

Pia and CareFor sent flowers to the family of Dr. John Zieglschmid.
Show you care by sending flowers

Posted Apr 05, 2019 at 03:24pm
Dear Auntie Eileen and all my wonderful cousins, sending you all my love on this difficult day.

Flowers were purchased for the family of Dr. John Zieglschmid. Send Flowers 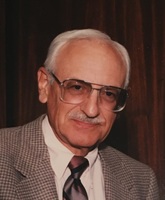