To share your memory on the wall of E. R. Stone, sign in using one of the following options:

Provide comfort for the family by sending flowers or planting a tree in memory of E. R. Stone

Provide comfort for the family by sending flowers or planting a tree in memory of E. R. Stone

Runt was born on August 6, 1929 in Ripley, Tennessee, to the late Thomas Odie and Jettie Christine Bray Stone. He married Imogene Christie on February 27, 1951 in Hamilton, Texas. Imogene preceded him in death on September 20, 1988. Runt married Jane Swan Boling on July 25, 1993 in Dublin. He served his country in the U. S. Army during which he spent 21 months on the front lines in Korea. Runt was a member of the Primitive Baptist Church, and loved to go fishing. He worked over 37 years with the Coca Cola bottling plant in Stephenville, and lived most of his life in Stephenville.

Besides his parents, Runt was also preceded in death by brothers Ed, Henry, Richard, and Rhodney Stone and a step granddaughter, Janna Boling.
Read Less

To send flowers to the family or plant a tree in memory of E. R. "Runt" Stone, please visit our Heartfelt Sympathies Store.

Receive notifications about information and event scheduling for E. R.

We encourage you to share your most beloved memories of E. R. here, so that the family and other loved ones can always see it. You can upload cherished photographs, or share your favorite stories, and can even comment on those shared by others.

Posted May 05, 2019 at 09:00pm
Wishing you peace to bring comfort, courage to face the days ahead and loving memories to forever hold in your hearts.

Posted May 05, 2019 at 12:09pm
Sorry about your loss. I have many good memories of your family while we all lived on Isla Street. Your father was a good man. 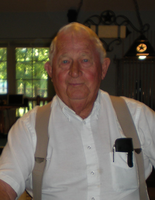