To share your memory on the wall of Edward Dupas, sign in using one of the following options:

Ed was born on May 31, 1942 in Winnipeg, Manitoba, Canada to the late Robert and Martha Weissig Dupas. He married Marilynn Yeryk in 1963. Ed enjoyed a lifetime career as a System Analyst, and retired in 1999 from Ford Motor Company. When not at work, Ed loved music and playing guitar. He performed with other musicians both in church and to help support his family at outside venues. Ed was a man of faith and was passionately involved in both church and prison ministries. Following his retirement, Ed and Marilynn (Marlene) moved to Stephenville to be close to family. They later opened September Song Bed & Breakfast which they operated locally for 17 years. They have resided in Stephenville for the past 19 years.

Besides his parents, Ed was preceded in death by a sister, Ruth; and brothers, Art and Bob.

To send flowers to the family or plant a tree in memory of Edward Maurice Dupas, please visit our Heartfelt Sympathies Store.

Receive notifications about information and event scheduling for Edward

We encourage you to share your most beloved memories of Edward here, so that the family and other loved ones can always see it. You can upload cherished photographs, or share your favorite stories, and can even comment on those shared by others.

Posted Aug 12, 2019 at 07:59pm
I remember Uncle Ed and his brothers playing their guitars and singing. Those were wonderful times. I can still hear them singing Danny Boy. You will be missed Uncle Ed .
Dan Hrynchuk
Comment Share
Share via: 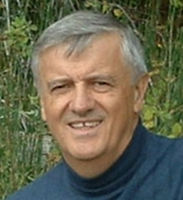