To share your memory on the wall of Elisabeth \'Betty\' Grant, sign in using one of the following options:

The family of Betty Grant sadly announces her death on June14, 2019. The funeral will take place on June 29th, 2019 at 11 am at , St. Luke’s Episcopal Church in Stephenville, TX.
Josephine Elisabeth Newbanks (Betty Jo) was born in Emory University Hospital on March 1st, 1923 in Atlanta, GA to Edna Ewing Hyer Newbanks and Merrill Webster Newbanks. She was the youngest of three children which included her brothers, Robert Hyer Newbanks and Merrill Webster Newbanks, Jr. Her father was the resident engineer at Emory University and later a prominent general contractor in Atlanta. She attended Girls High School and Sullins College in Bristol, VA. She presented to society with the Atlanta Debutant Club in 1943.
Following college, Betty was an active volunteer during World War II. She worked as a model throughout the South often driving with her fellow models in a convertible. Shortly after VJ day in 1945 she was serving punch to returning soldiers in the Grand Ballroom of the famous Georgian Terrace Hotel in Atlanta when she met a tall navy pilot in his whites. Romance bloomed and within a year she married that pilot, Oscar Aaron Grant from Breckenridge, Texas. They lived Washington, DC while he worked at the FBI and completed his PhD at Georgetown University, and she managed an apartment building. She remembers walking over to the Rose Garden of the White House to watch President Truman swear in a supreme court justice.
At the urging of Dr. Dick Smith in 1948 they moved to Stephenville, Texas where Dr. Grant began a long career teaching political science at Tarleton State College. In 1949 she gave birth to Peter Newbanks Grant. In 1956 they moved to Palo Alto, CA for one year where Dr. Grant had Ford fellowship at Stanford University. Upon her return to Texas, she became actively involved in Democratic politics. In 1960 and 1964 she ran the local Democratic headquarters for the Kennedy and Johnson campaigns respectively. In 1963 she successfully petitioned the school board to desegregate the Stephenville school system. At one point she owned and managed four rental homes. She was frequently seen with her friends Helen Martin and Mib Garrard.
Following Dr. Grant’s retirement, they owned and operated Grant's Plants, a flower and gift shop in the oldest house in Stephenville. She was a member of the Channel 13 (KERA) board of directors. She loved her grandchildren Leigh, Ben and Peter Jr (PJ). She was a member of Saint Luke’s Episcopal Church. Betty was an avid traveler, first traveling with her husband to guide college tours to Europe and later taking extensive trips to France, Italy and Greece. She held high standards both in ethics and etiquette. She was a wonderful wife, mother and grandmother.
The family encourages donations to Betty's favorite charity:
O.A. Grant Scholarship
c/o Tarleton Foundation, Inc.
Box T-0950
Stephenville, TX 76402
Read Less

To send flowers to the family or plant a tree in memory of Elisabeth 'Betty' Grant (Newbanks), please visit our Heartfelt Sympathies Store.

Receive notifications about information and event scheduling for Elisabeth 'Betty'

We encourage you to share your most beloved memories of Elisabeth 'Betty' here, so that the family and other loved ones can always see it. You can upload cherished photographs, or share your favorite stories, and can even comment on those shared by others.

Posted Jun 28, 2019 at 09:11pm
Please accept my condolences for the loss of Ms. Grant. May the words Jesus spoke at John 11:25, promising a resurrection, provide comfort and hope at this difficult time. Warm Regards, Kay
Comment Share
Share via:
GB 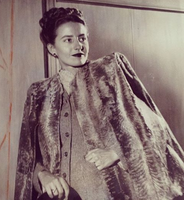