To share your memory on the wall of Frances Pack, sign in using one of the following options:

Provide comfort for the family of Frances Pack with a meaningful gesture of sympathy.

Graveside services will be held at 11:00 AM Tuesday, September 24th at Oakdale Cemetery. Visitation will be held at 6:00 PM to 8:00 PM Monday at Stephenville Funeral Home.

Frances was born on September 30, 1926 in Stephenville to the late Paul and Pauline Brooks Fuller. She was first married to Jay Boyd Muir, and later married W. E. ‘Billy’ Pack on March 22, 1952 in Hico. Billy preceded her in death on October 11, 2011. Frances was a member of the West Side Church of Christ, and lived most of her life in Erath County. Frances was a homemaker.

Besides her parents and husband, Billy; Frances was also preceded in death by two sons, Kenny and Teddy; a brother, Darrell Fuller; and a sister, Ruth Carter.

The Pack family wishes expressions of sympathy be made in the form of donations to the American Diabetes Association, or the donor’s favorite charity.
Read Less

To send flowers to the family or plant a tree in memory of Frances M. Pack (Fuller), please visit our Heartfelt Sympathies Store.

Receive notifications about information and event scheduling for Frances

We encourage you to share your most beloved memories of Frances here, so that the family and other loved ones can always see it. You can upload cherished photographs, or share your favorite stories, and can even comment on those shared by others.

Flowers were purchased for the family of Frances Pack. Send Flowers 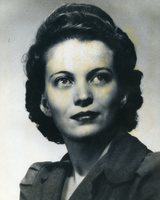