To share your memory on the wall of John Garner, sign in using one of the following options:

John H. Garner, 88, of Stephenville, passed away on Tuesday, February 26, 2019 in Stephenville, after a long 16 year battle with Parkinson’s disease.

John H. Garner, 88, of Stephenville, passed away on Tuesday, February 26, 2019 in Stephenville, after a long 16 year battle with Parkinson’s disease.

Funeral services will be held at 10:30 AM Saturday, March 2nd at Stephenville Funeral Home Chapel with David Keith officiating, assisted by Dr. Dwayne Snider. Burial will follow at 1:30 PM at North Brown Cemetery near Goldthwaite. Visitation will be 6:00 PM to 8:00 PM Friday at Stephenville Funeral Home. Pallbearers for John are his grandsons, Will, Chet, Bart and Jake Garner; Eric, Cheyne, and Dustin Stephen; and Royce and Kyle Moore.

John was born on April 22, 1930 in Mullin, Texas to the late William and Myrtle Gunter Garner. He married Marsha Rae Thompson on January 2, 1988 in Iredell. John graduated from Goldthwaite High School. He received his B.B. and M.S. degrees from Texas Tech University, plus 90 hours from Texas Christian University in mathematics. John joined the U. S. Air Force and served during the Korean War. He taught math at Big Lake High School, and Tyler Junior College before coming to Tarleton where he served as a professor in mathematics for over 30 years. John spent many years in the Boy Scouts Organization, and served as a board of director for the Stephenville Museum, and was a former member of the Trigger Mountain Baptist Church.

John was a very humble and kind man, and was beloved by many. He was a great American, Texan, husband, father, and mathematician. May John Rest In Peace.

Besides his parents, John was also preceded in death by his first wife Doris Walker Garner in 2005.

The Garner family wishes to thank all those individuals who cared for him, especially in the last days of his life.
Read Less

To send flowers to the family or plant a tree in memory of John H. Garner, please visit our Heartfelt Sympathies Store.

Receive notifications about information and event scheduling for John

We encourage you to share your most beloved memories of John here, so that the family and other loved ones can always see it. You can upload cherished photographs, or share your favorite stories, and can even comment on those shared by others.

Posted Mar 01, 2019 at 08:40am
Please accept our most heartfelt sympathies for your loss... Our thoughts are with you and your family during this difficult time.

Posted Mar 01, 2019 at 08:07am
Our thoughts and prayers are with you. May loving memories ease your loss and bring you comfort. 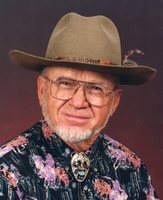