To share your memory on the wall of Loree Ford, sign in using one of the following options:

Provide comfort for the family of Loree Ford with a meaningful gesture of sympathy.

Funeral services for Loree will be held Saturday, July 6, 2019 at 2:00 pm at Stephenville Funeral Home Chapel with David Bearden officiating. Burial will follow at Smith Springs Cemetery. Loree’s family will host a visitation for family and friends just prior to the service, Saturday, at 1:00 pm.

Lora Loree Hook was born March 18, 1926 to the late W. O. and Beulah Hook of the Smith Springs Community in Erath County. Loree, along with her twin Marie, were the youngest of four children born to the Hook family. Loree lived in the Stephenville area all of her life. She married Dewey Albert Derrick on April 7, 1945 and they had four children. Dewey preceded her in death in June of 1967.

Loree worked in the community as a sales clerk for a number of years and cared for her four children. She met and married Carlos H. Ford in 1981. She lovingly embraced his large family of six grown children, their spouses and their children. Carlos passed away in 2002. Loree was a lifelong member of Graham Street Church of Christ and also attended Johnsville Church of Christ. Loree was a beautiful and loving woman who will be greatly missed.

She was preceded in death by her two husbands, Dewey and Carlos; two children, Ronda and Ronald; three siblings, Warren, Lois, and Marie and their spouses; one stepson, Carl; and a “bunch” of lifelong friends.

A memorial donation may be made in Loree’s honor to Foster’s Home for Children or the Erath County Humane Society.
Read Less

To send flowers to the family or plant a tree in memory of Loree Ford (Hook), please visit our Heartfelt Sympathies Store.

Receive notifications about information and event scheduling for Loree

We encourage you to share your most beloved memories of Loree here, so that the family and other loved ones can always see it. You can upload cherished photographs, or share your favorite stories, and can even comment on those shared by others.

Posted Jul 06, 2019 at 01:50pm
Linda and Mark,
I am so sorry to hear of your mothers passing. Loree was such a lovely woman and a good friend to my mother (Fay Howell) for many years. She always brought so much light into the lives of those around her. My condolences to you and your family. 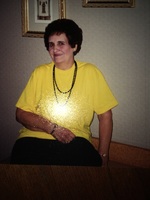 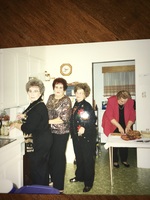