To share your memory on the wall of Paul Kitchens, sign in using one of the following options:

In Stephenville, a Celebration of Life for Paul Stewart Kitchens, 81, of Lovington, NM will be held on Saturday, June 22, 2019 at 10:00 am CST in the Grubbs Center at Foster’s Home for Children with David Bearden officiating. Stephenville arrangements are under the direction of Stephenville Funeral Home.

Mr. Kitchens was born on November 20, 1937 in Snow, Oklahoma to George W. and Lillie Mae (Smith) Kitchens and passed away on June 16, 2019 in Stephenville, TX. He grew up in Antlers, OK and in 1954 moved to New Mexico. He was an electrician, a self-employed contractor who owned his own business called Electric INC.

On June 18, 1977 he married Penny Taylor in Las Vegas, Nevada and they have shared forty two years of life and love together. At age sixty, Paul got his CDL and had a Hot Shot truck in the oil and gas business. He loved fishing and hunting and would go to Northern New Mexico to hunt and then would go fishing in Colorado and even traveled to NW territories of Canada, moose hunting and to Mexico to fish. He was a bowler and played on teams but his passion was definitely golf. He would play on any golf course he could get to, just for sheer enjoyment. He and Penny traveled to Hawaii two times and he played golf there and also spent lots of time playing at Alto.

He and Penny liked traveling in their motor home and went to many different places. Paul had a blessed life. He was an avid OU and Cowboys fan and loved watching golf, especially Lee Trevino, known as the “Happy Mex”, play. He will be greatly missed by his family and friends.

To send flowers to the family or plant a tree in memory of Paul Stewart Kitchens, please visit our Heartfelt Sympathies Store.

Receive notifications about information and event scheduling for Paul

We encourage you to share your most beloved memories of Paul here, so that the family and other loved ones can always see it. You can upload cherished photographs, or share your favorite stories, and can even comment on those shared by others.

Posted Jun 21, 2019 at 01:40pm
My deepest sympathies for the loss of Paul Kitchens. In this trying time, please find comfort in the words of 2 Corinthians 1:3,4. The God of all comfort will be there for you in your times of distress
Comment Share
Share via: 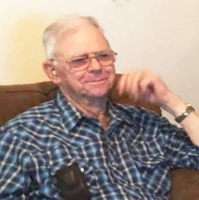 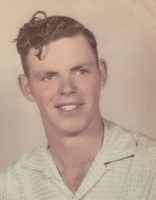