To share your memory on the wall of Ted Truss, sign in using one of the following options:

Funeral services will be held at 3:00 PM Sunday, March 17th at Stephenville Funeral Home Chapel with Gary Williams officiating. Visitation with the Truss family will begin at 2:00 PM, one hour prior to services.

Ted was born on January 12, 1955 in Gatesville to Tom and Viola Hennig Truss. He grew up in Hamilton County, and attended public school in Hamilton. Ted was a member of the Lutheran faith, and has spent the last 35 years in Stephenville. He was a diesel mechanic.

Ted was preceded in death by his father, T. J. ‘Tom’ Truss.

Online condolences may be made at www.stephenvillefh.com.
Read Less

To send flowers to the family or plant a tree in memory of Ted Wayne Truss, please visit our Heartfelt Sympathies Store.

Receive notifications about information and event scheduling for Ted

We encourage you to share your most beloved memories of Ted here, so that the family and other loved ones can always see it. You can upload cherished photographs, or share your favorite stories, and can even comment on those shared by others.

Kirk, Matt & Tawnya Mills and families, The Shoaf Family, and other have sent flowers to the family of Ted Wayne Truss.
Show you care by sending flowers

Posted Mar 18, 2019 at 04:19pm
Well what memories I have of Ted and you Guy’s at the Garage in Aleman. You put up with me and my trying to have you build my cars in to being a Hot Rod.I trusted you then and I feel for the loss of Ted for your Family.Remember the Special Times you had with him. God needed a Mechanic,I guess! James Akard
Comment Share
Share via:
TC

Posted Mar 17, 2019 at 01:52pm
My voice has no words
How I love Ted, my best friend for many years. We adopted ted as 1 of ours when we met...my heart bleeds sorrow, my heart see happiness now to know him and his little beloved Banit are together again.
We send our love Tammie Collins,Nicole & Colten.. May god bless each u today . I’m praying for Mrs.Viola she the best momma ever. God please hold on to the Truss family as they release Teds soul upon u
Comment Share
Share via:
KF

The Shoaf Family purchased flowers for the family of Ted Truss. Send Flowers

Flowers were purchased for the family of Ted Truss. Send Flowers 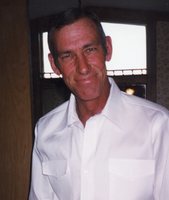