To share your memory on the wall of Trey Adams, sign in using one of the following options:

Provide comfort for the family of Trey Adams with a meaningful gesture of sympathy.

Memorial services will be held at 10:00 AM Friday, April 19th, at First United Methodist Church in Stephenville with Howard Martin officiating. Visitation will be 7:00 PM to 8:00 PM Thursday at Stephenville Funeral Home.

Trey was born on March 24, 1988 in Fort Worth. He attended public school in Stephenville, and graduated from Stephenville High School in 2006. Trey attended Texas Tech University, and was a member of their Kappa Sigma Fraternity; he later attended West Texas A&M University in Canyon, Texas, and received his Bachelor’s degree in Ag Finance. He was a member of the First United Methodist Church, loved to cook for his family, and enjoyed the outdoors.

The Adam’s family wishes expressions of sympathy be made in the form of donations to First United Methodist Church, or to the Erath County Humane Society.
Read Less

To send flowers to the family or plant a tree in memory of Trey Adams, please visit our Heartfelt Sympathies Store.

Receive notifications about information and event scheduling for Trey

We encourage you to share your most beloved memories of Trey here, so that the family and other loved ones can always see it. You can upload cherished photographs, or share your favorite stories, and can even comment on those shared by others.

CTC Service Center Employees, Brad and Jinger Reynolds, and others have sent flowers to the family of Trey Adams.
Show you care by sending flowers

Posted Apr 18, 2019 at 05:23pm
We pray the love of God enfolds you during your journey through grief. We are sending you thoughts of comfort.

Posted Apr 18, 2019 at 03:13pm
My thoughts are with you during this time. I am so sorry for your loss. Trey will be in our hearts forever. Trey came and stayed at our house in Center Point several times and was a joy and so fun to be around. My heart is so saddened to hear he has gone up to be with the great Man upstairs. I know my son, Beau Kaiser, will miss him terribly with lots of memories that will never be forgotten. Trey is gone from our sight, but never from our hearts. "Wishing you strength and peace during this hard time" Lots of prayers, Sharon Kaiser
Comment Share
Share via:
HS

Flowers were purchased for the family of Trey Adams. Send Flowers

Flowers were purchased for the family of Trey Adams. Send Flowers 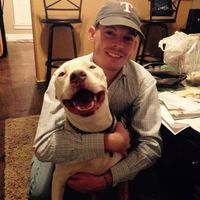